Plymouth is the seventh largest city in the U.S. state of Minnesota. Located 15 miles west of downtown Minneapolis in Hennepin County, the city is the third largest suburb of Minneapolis–Saint Paul, which is the sixteenth largest metropolitan area in the United States, with about 3.52 million residents. The population was 70,576 at the 2010 Census.

Once named for Medicine Lake, the city’s name was chosen by Hennepin County Commissioners during the county’s inception. 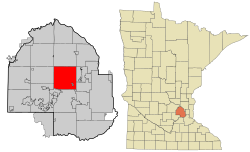 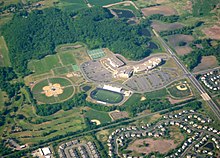 Wayzata High School is operated by the Wayzata School District, has approximately 3500 students in grades 9 to 12 (2011), making it the largest secondary school by enrollment in Minnesota. Projected enrollment for the 2012-2013 School Year is 3617. It is also the largest Minnesota secondary school by structural size, with an interior of 487,000 square feet (45,200 m2). The school is part of the Lake Conference. In 2008, Newsweek ranked the school #940 “List of the 1300 Top High Schools in America.”